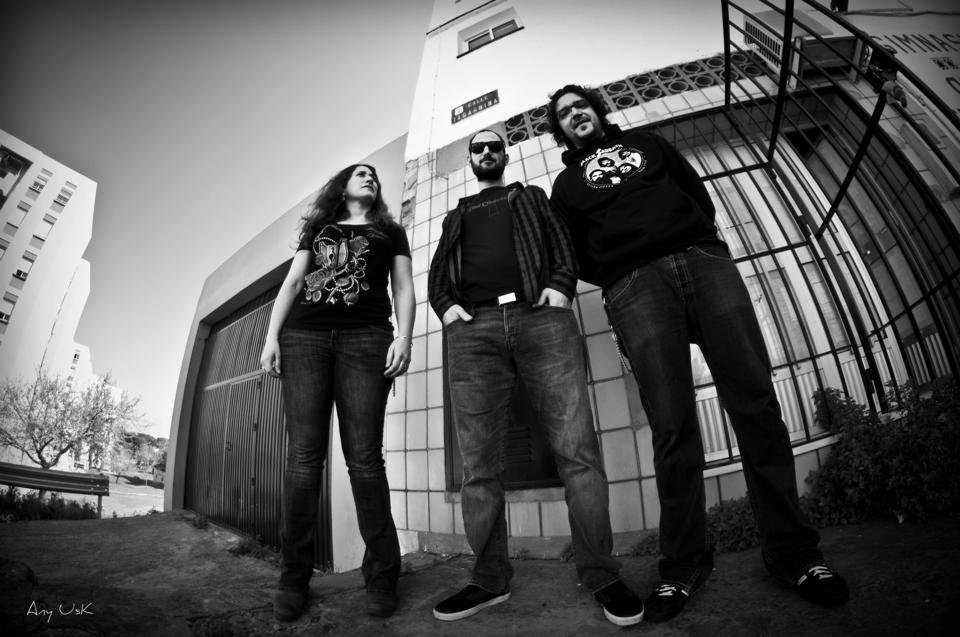 In a short time, Atavismo has become one of the most interesting bands in the national music scene. Along with other bands, it’s living a true rebirth of Progressive Rock, Psychedelic, and Hard Rock over the World. Blending tradition with new sounds, the proposal of this band from Algeciras (Cádiz) has been to develop an ever growing direction in terms of quality and inventiveness. It has risen from the ashes of well known underground bands such a Viaje A 800 or Mind!. At this point, Atavismo cannot be considered a mere extension of these bands. The essence of its music has been transforming since they started playing, and credit cannot be given to anyone but themselves for the music they make.

Atavismo’s members are Pow – drums and vocals, Koe – keyboards, synth & backing vocals, Mat – bass guitar, and Pot – guitars, synthesizers and vocals, proving to be a full-fledged power quartet. In 2015, they produced their first album, DESINTEGRACIÓN, with a CD backed by several record labels in the domestic market, and a splendid vinyl edition issued & distributed by Temple of Torturous, a Swedish label, for the international market. This album was a musical event, not only for the Spanish market, but also internationally, as it was significantly welcomed by specialized media such as the web site The Obelisk that considered it one of the best albums launched that year. Their next release was a 7” split recorded with Grajo, a Doom Rock band from Córdoba. Atavismo’s second album, INERTE was released in April 2017 with the support of Temple of Torturous once again. This new album reflects an evolution towards more compact sounds, making a great effort to advance in the compositions, arrangements and vocals, and breaking away from their early Space Rock and long and hypnotic musical developments, product of improvisation. This does not mean Atavismo has abandoned their psychedelic or progressive spirit altogether. There are tracks such as “El Sueño” or “Volarás” lasting over 10 minutes and created to blow our minds with amazing landscapes. Without a doubt, the band has opted to explore new territories. The result, among other things, has been a submersion into the Andalusian Rock legacy of the legendary band Triana, without losing sight of more current means of understanding psychedelic or progressive rock from bands like Black Mountain, Wolf People or Motorpsycho. Without a doubt, INERTE is destined to be one the best albums of 2017. They just came back from an amazing European Tour and they still continue Inerte promotion shows, going directly to lead the underground rock scene; showing why they’re actually one of the most interesting and with the greatest repercussion bands in international psychedelic music.