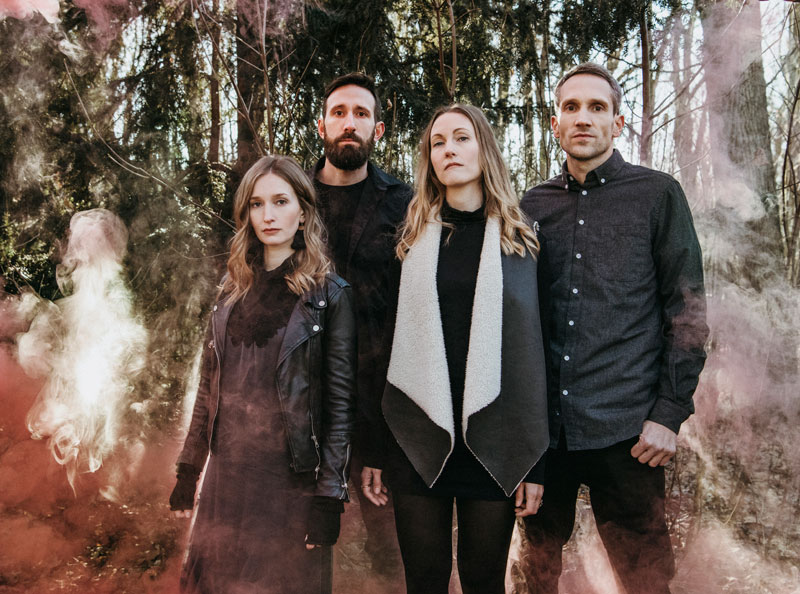 Black Vulpine have been growing together since 2004 when the female-fronted stoner quartet from Dortmund, Germany, started to develop its own sound ranging somewhere between Queens of the Stone Age, Red Fang, and Chelsea Wolfe. The band gained experience sharing the stage with bands like Kylesa, The Vintage Caravan and Kadavar. With a new name and a refined, thicker sound, Black Vulpine released their debut album “Hidden Places” on Moment of Collapse Records in September 2015 (CD, LP and digital). The eleven tracks featured heavy stoner guitar riffs spiced with powerful and soulful vocals. With a good deal of doom and sludge added to that unique sound, the second studio album was being worked on since 2017. Supported by the German band sponsorship „Initiative Musik“, the album „Veil Nebula“ was produced and finally released in March 2019 on Moment of Collapse records as a double LP (CD and digital).