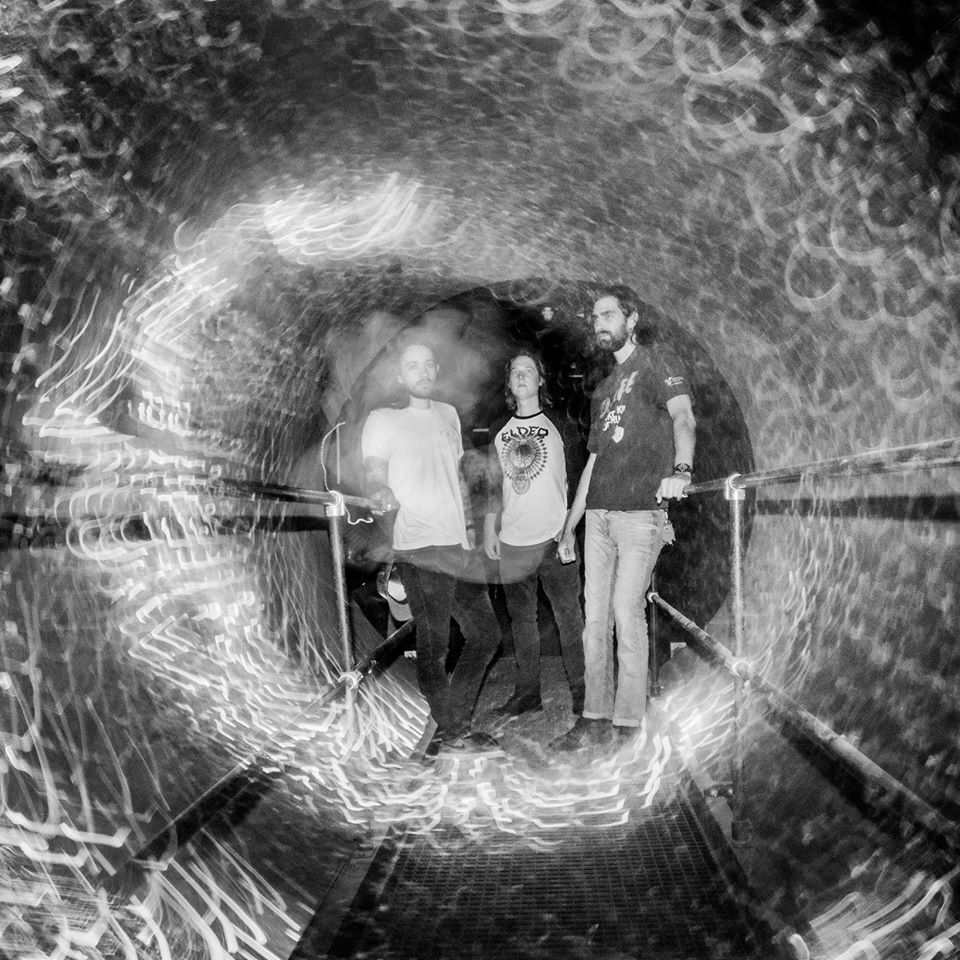 From Rochester, New York, King Buffalo is the trio of vocalist/guitarist Sean McVay, bassist Dan Reynolds, and drummer Scott Donaldson. Since forming in 2013, the self-proclaimed “heavy blues” band has made its name via debut album Orion, follow-up EP Repeater, and tours with the likes of The Sword, All Them Witches, and Elder.
Psych-rock authority The Obelisk has been tracking King Buffalo’s ascent since the start, pegging them as a band destined for greatness. The site’s review of the Repeater EP proclaimed: “Repeater finds them brimming with confidence… Their songwriting here hits a new level of craftsmanship that only raises one’s hopes even after such an impressive debut long-player. The question isn’t so much whether King Buffalo are prepared for their next step as it is whether their audience is ready to realize the special moment playing out in front of them.”
Sophomore album Longing to Be the Mountain is an enthralling piece of work that sees King Buffalo fulfill its promise. In six songs, clocking in at 42 minutes, the band cements the style initiated on previous releases. Sure to delight fans of psych, stoner, and krautrock, Longing to Be the Mountain is timeless rock music, greater than any one genre.
Donaldson’s clean, powerful drumming and Reynolds’ hypnotic basslines lock into grooves that propel the songs, traveling from cool, spacious zones into all-out explosive finalés. Frontman McVay mesmerizes with a haunting vocal style that commands full attention despite its sedated tone – early Pink Floyd is a reference point. Within each song, he showcases a palette of vivid guitar playing, from jangly rhythms to ripping solos.
Some songs make their point in 4 minutes or less, others sprawl out above the 10-minute mark. In either case, there is no fat to trim. King Buffalo moves with purpose. Reynolds names British Invasion bands like The Animals as an influence on him during the making of Longing to Be the Mountain, noting how he came to respect simplicity – “just playing the right notes in the right places.” With the three members in sync, songs progress steadily and fluidly, from world-weary lulls into squalls of transcendence.
King Buffalo’s music and lyrics are in harmony, both painting pictures of traveling, questing, evolving. Of the lyrics, McVay says, “The album is about searching for meaning. It’s a story about finding one’s place in an increasingly turbulent and chaotic world.” We, the listeners, are lucky to witness King Buffalo’s journey as they cruise onward and upward, leaving behind an amazing soundtrack as they go.