Nebula are a psychedelic/stoner rock band from Whittier, California. The group was a key player in the late 90s stoner rock scene, releasing five studio albums among a host of other releases.

Nebula was formed by guitarist Eddie Glass and drummer Ruben Romano upon departing Fu Manchu in 1997. Mark Abshire soon joined as the band’s original bassist. Abshire remained with the band until the recording of Atomic Ritual (2003) which was produced by Chris Goss of Kyuss fame.

Dennis Wilson & Simon Moon (Eddie Glass) stepped in as bassists until a more permanent replacement was found in Tom Davies. Atomic Ritual was released to warm critical praise, with AMG calling Nebula a „hardworking power trio that sounds like it has been hanging out in the garage since 1973, blissfully unaware of the changing world outside.
Which is definitely to its benefit“. Rob Oswald replaced founding member Ruben Romano on drums in 2007.

In August 2009, Adam Kriney, formerly of La Otracina, was recruited to replace departing drummer Oswald, though he too announced his departure in January 2010 and was replaced by Jimmy Sweet.

In early 2010, Nebula announced that it was going on an indefinite hiatus. On 15 September 2017 the band announced they were reuniting with a new studio album in 2018 along with a tour of Europe including Azkena Rock Festival in Spain, Hell Fest in France, Desert Rock Festival in London and Berlin, Sonic Blast in Portugal, Lake on Fire Festival in Austria and Krach am Bach in Germany. More will be announces shortly. 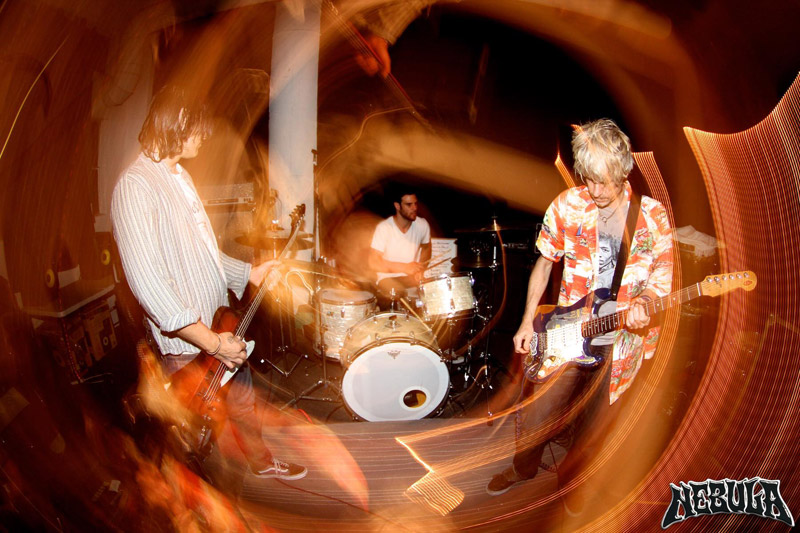 Further bands from the line-up 2018

DOWN WITH THE GYPSIES